We’re sending a big thank you shout-out to Peter at Phat Scooters for sharing this insider look at his company.

Back in 2017, Phat Scooters co-founder Peter Johnson and his friends Dan Hankins and Beau Ralphs were looking to find fun, sustainable ways to get to each other’s houses in Phoenix’s Arcadia neighborhood without wasting gas driving back-and-forth. Bird and Lime scooter rental companies hadn’t been introduced yet.

It was when one of his friends purchased electric scooters equipped with big tires for them to ride that they first got the idea for their first “phat” scooter, Johnson said.

“We kept getting pulled over because people wanted to know where we got these scooters,” Johnson said. “I did some research and nobody was selling them so we came back to the ones we had and noticed there were a lot of things about them that just weren’t designed right, so we thought let’s see how this goes.”

Johnson had experience in manufacturing and sustainability, so after a year of doing research and finding the right factory to build the prototypes, the partners began selling scooters put together in a garage and the Phat Scooters operation as it is now known, officially took off.

The original Phatty Electric Scooter starts at around $2,495 and is notable for its thick tires, sleek design, and motorcycle-style handlebars. The scooters themselves are completely customizable, with rechargeable batteries and able to maintain speeds of up to 20 mph to stay within legal limits in bike lanes.

Since the release of the first bike in 2017, Phat Scooters has grown to include seven different models of scooters, including a golf-style scooter to replace the typical golf cart. Phat Scooters has grown so much that it moved last summer into a 50,000-square-foot warehouse in Tempe south of Phoenix Sky Harbor International Airport.

While many companies had detrimental setbacks because of the pandemic, Phat Scooters was able to successfully continue to grow as people looked for more ways to get outside and find alternative ways to commute to work. Johnson said many people have abandoned the typical car commute or public transportation and use their scooter exclusively to get to work or run quick errands.

Additionally, Phat Scooter is going to be featured in a documentary-style reality television show called “Riding Phat” on the Chicken Soup for the Soul Entertainment network Crackle that started airing in April.

GCO: How did the pandemic affect business?

Peter: We were very fortunate. Just like Peloton, exercise equipment or camping gear, anything that was outdoors related, we had a great year from a growth perspective. We didn’t get affected like the events companies so we were very fortunate for that. It was a very challenging year because of Covid and keeping a safe work environment and the uncertainty of what was coming next. But we did really great as people were looking for ways to just be outside and in transportation and that created great growth for our company.

GCO: What is the best piece of advice you’ve been given?

Peter: Something that leadership always told me was, “Get the right people on the bus before you start driving the bus.” That’s always been something I try and do is surround myself with the right people and keep the right people on board from a management leader position. It makes it a lot easier to do business and obviously have fun with it.

GCO: What do you like to do for fun?

Peter: I love to get out and golf when I can. I love to travel and I love to be around with my wife and son, especially any time we can take a vacation, which is rare. If we can get up to Flagstaff and play in the snow, I just love to be around friends and family. I love being around people.

GCO: What’s something that people don’t really know about you?

Peter: My secret is that my birthday is on Halloween so sometimes I can be reserved, but I’m a big dress-up guy as far as Halloween goes. Sometimes even if it’s not even Halloween but a theme party, I’m there.

GCO: What is some advice you have for other entrepreneurs?

Peter: Do your research before you just jump into something. I put a ton of time and research into this before I did it. There’s a lot of great ideas out there and executing them is hard. A lot of people have great ideas but don’t know how to take it to the next step and that’s where the hard work begins. You can have a great idea but executing on that is difficult. The last thing you want to do is spend a bunch of money creating something and finding out that there’s a thousand other people doing the exact same thing.

GCO: What was your “ah-ha” moment when it came to the business?

Peter: Probably when it really started to take off on social. People had never seen anything like this before and that was kind of the “ah-ha” moment when we learned there was a market for these things and it could continue to grow. 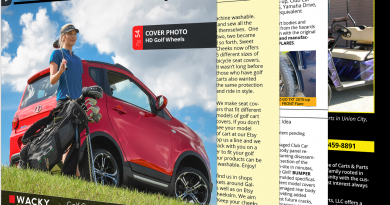 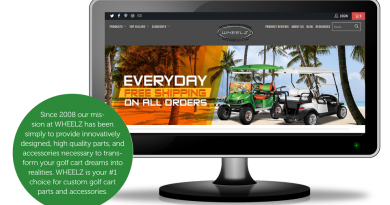 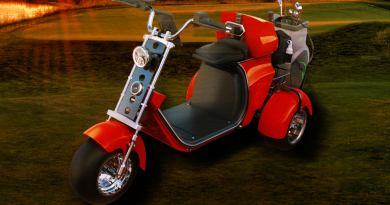 A Conversation With James Lang, CEO/Founder of Golfwurx