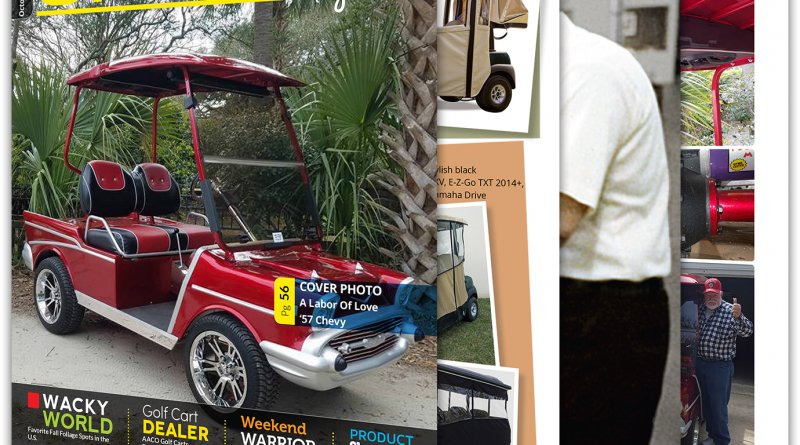 I wanted to share a build we did for my dad at my shop which was completed and delivered to him in March of 2018.

My dad was my biggest fan, supporter, best friend, mentor, and my hero in life. He was my first call of the morning and my last call of the day with several calls throughout the day…lol. He taught me a lot in the automotive field. He was one of the biggest street racers. 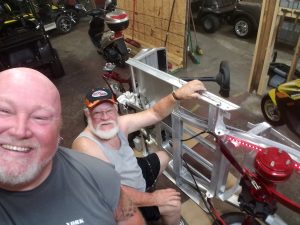 Back in his day and was known from Chicago to Florida. He was a huge gear head and one of the hardest working men I’ve ever known. He taught me at an early age to work hard and do what you love, regardless of how bad it gets stay true to yourself and keep moving forward regardless of what happens or what anyone says it will always work out.

Over his lifetime he owned a lot of cars in his journey but he wanted a golf cart and you already know 1) being as how I am a shop owner I would have to build him one that was over the top. And 2 it was an honor to be able to do it for him.
I asked him out of all the cars he ever owned in his lifetime what was his favorite car and he replied a red 57 Chevy convertible. Done, and so I built him this dream 1957 Chevy replica golf cart! The fun part of the build was working with him side-by-side until we got the lights and frame done. Then I didn’t let him see it until it was finished.

The day I gave it to him, he cried like a baby, even though he knew it was being built he had no idea on what level it was being done.

He has had it in many parades, car shows, and was his daily driver 80% of the time in Groveport Ohio. For the last 2 years, he kept it clean never dirty, dusty nothing. He would wipe it off before, during, and after every ride…it was his baby…lol.

To read the complete story and see the build photos click HERE. 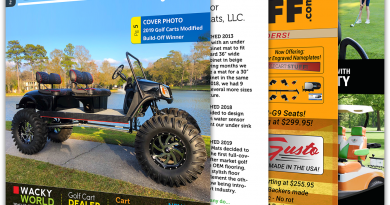 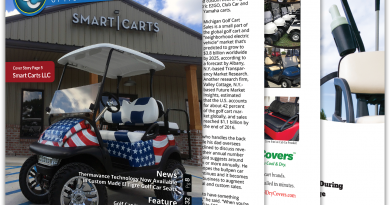 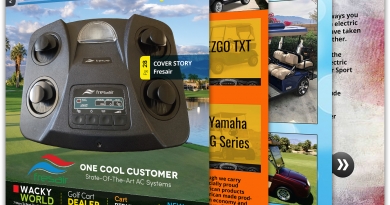