These are the basics for any gas-powered engine. These points can be checked BEFORE spending any cash on parts.

Begin by raising the seat upon its hinges and lifting the cushion out of the hinge brackets. These hinges allow removal of the seat by sliding the double-eared tab out of the hinge slot. I missed this feature when I got the cart and didn’t realize I could remove the seat quickly and not have to hold it up with my elbow while I worked.

Set the seat aside and locate the air filter box. On the 1992 – 1996 model DS Club Car with the FE290 Kawasaki engine, this is located on the driver’s side of the opening, and it is a black plastic box with two thumbscrews at the back. Turn each of these 90 degrees to unlatch and the back swings out. Note: if the box’s position in the well makes it too difficult to access the latches, remove the entire airbox by loosening the hose clamps at the front and back of the box.

Remove the Air Filter and inspect. It is supposed to be white (or as close to it as possible), not brown or black. If the filter is not too oily but just dusty, use compressed air to blow the dirt out of it. If you can’t get enough of the contaminant out of the fibers, you will need to replace it. Inspect the hose that connects the airbox to the carburetor and make sure no splits or cracks are allowing the air to bypass the filter and choke.

The fuel tank is on the passenger side of the engine well and has a fuel filter inline on the fuel line leading to the carburetor. If you have one of the clear plastic filters, you can check the color of the fuel inside it to ensure the gasoline has not gotten too old and turned to a “shellac” condition, usually indicated by a darker amber color rather than a light clear color…c’mon, we all know what gasoline is SUPPOSED to look like. If it gets too old, it not only loses its combustibility but becomes thick and hard to pass through the filter and carburetor jets. Note the position of the filter with the tapered end and the flat end. The fuel flow on this filter goes from tapered to flat end…Don’t get this reversed!

If the filter is opaque and you cannot see the fuel in it, open the gas tank and check the gasoline there….you can tell if it is going to shellac just by the smell. If the gas is too old and you have any question about its quality, pump the old gasoline out using a hand pump and replace with fresh gas. Remove the filter from the line and tap the back (the side leading to the top of the fuel tank) on a clean paper towel and see if any black sludgey deposits stain the sheet. If so, you probably have found the problem with your cart’s performance. Sometimes there is a second filter located underneath the carburetor facing the front of the vehicle. Check to see if you have one and make sure it is also clear of deposits.

To set the air mix and Throttle screw, we need to use the Torx T15 and remove 2 screws holding the cover that hides the adjustments. After removing the screws, pick up the right edge of the cover and pivot it over and off. Use a pair of needle-nose pliers and remove the fuel line and exhaust vent tube to provide easy access to the adjustment screws.

I found the exhaust vent tube on mine had been torn in half by the sharp edge of the cover sometime in the past. Fortunately, the tube was long enough to snip off the damaged part and still have enough to reach the nipple on the carburetor body.

“A” is the throttle adjustment and using the flat screwdriver, back the screw away from the plate that it pushes against until there is a gap between them. Turn the screw until it touches the plate, then 1/4 turn further.

“B” is the air mix adjustment and this is set by turning it closed to a soft seat, then back it out 1-1/4 turns. Hook the fuel line and crankcase vent tube back up and replace the cover, tightening down the two screws.

The electrode should be visibly free of deposits and can be scraped clean if needed. Check the gap with a spark plug gap tool (cheap or free at most parts counters) and set this gap to .028 – .030. Replace the spark plug and screw into place using the socket and your fingers to prevent cross-threading. Lightly tighten with the ratchet…no need to strip it out by tightening too much (you do NOT want to deal with a stripped out spark plug hole on the engine’s head). Push the wire connector back on to the spark plug.

Set Your Cart To “Maintenance Mode”

After all of these steps are completed, and the connections, clamps, and hoses are all back where they should be, it is time to test our work. Located on the wall of the engine compartment opposite of the engine is the switch cam. This is on the backside of the forward/neutral/reverse lever. Put the lever in the “Neutral” position.

Grasp the cam as shown in the picture and pull out on the cam. Rotate the cam about 180 degrees or so that when released the cam is now pressing upon the microswitch on top. When the microswitch is engaged in the “pressed” position, and the lever is in the “Neutral” position, you can start the engine without the cart taking off. It would be safest to chock the wheels to prevent an accidental runaway should you bump the lever while running the engine. 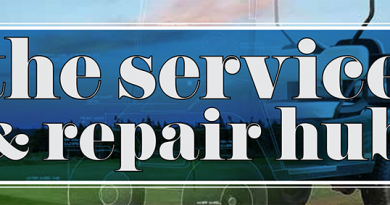 Does Your Golf Cart Spit Gas?

How To Change The Oil In A Club Car Golf Car