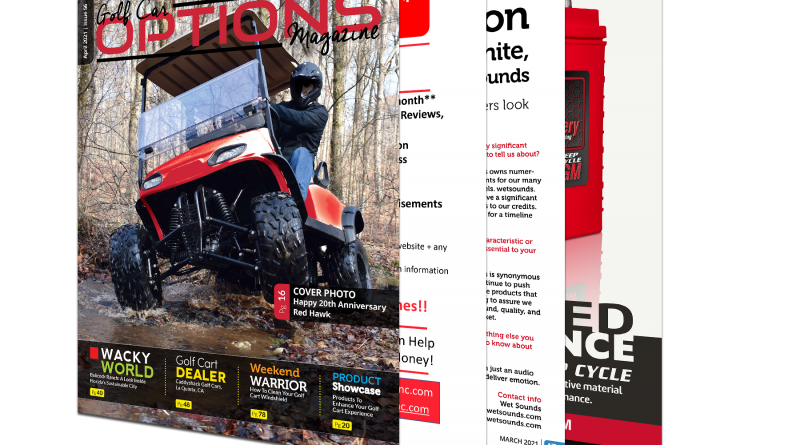 How a Team of Golf Car Veterans Hatched an Industry Leader

In the spring of 2001, John Clough and Gillet Boyce teamed up to purchase 77 tractor trailer loads of golf car parts from the Bruedan bankruptcy. Their intent? A quick flip of the goods. Their reality, however, was altogether different, especially when 1,800 used golf cars were added into the mix. The project proved to be neither simple nor quick, but it did reveal a clear and sustainable business opportunity. “Doing It Better” became the motto for the fledgling Red Hawk, LLC, the industry’s newest distributor of parts and reconditioned golf cars. Fast forward twenty years, and that simple three-word commitment remains the guiding principle for the Baltimore, Maryland-based Red Hawk, which has grown into one of the largest and most trusted names in the business.

The objective for Red Hawk’s line of replacement parts was to offer products of original equipment (OE) quality at aftermarket prices. Soon, they were designing, engineering and sourcing parts from manufacturers domestically and across the globe. The company’s early success convinced the Red Hawk team that they were poised to become the best supplier in the industry.

Rugged Parts for Your Ride

There have been bumps along Red Hawk’s 20-year road, but each one resulted in new opportunities. During the recession of 2007-2008, the used golf car market saw a sharp drop in demand, so the company responded by paring back wholesale golf car distribution and focusing on the parts product line. In 2009, Red Hawk debuted their RHOX line of golf car accessories with the introduction of the Mojave tire. Quickly, the RHOX line grew into a full-on brand to include most of the golf car accessories sold by Red Hawk. The brand icon, the rhinoceros, symbolizes the toughness of RHOX products (hence the tagline, Rugged Parts for Your Ride), and lends itself to some catchy marketing efforts. “It has been gratifying to watch RHOX take hold in the market,” says Vice President of Sales Duffey Pitzer. “In the beginning, dealers would see the cool ads and inquire, ‘What is this RHOX line all about?’ Now, we have dealers who will carry only RHOX brand accessories in their showrooms and end users who ask for it specifically.”

The product line expansion did not end with RHOX. Red Hawk’s brand of Admiral electrical parts debuted with motors in 2009 to a strong reception among dealers. Red Hawk is known to be zealous about product development, and Admiral motors are a classic example. Independent testing by one of the industry’s leading electrical engineers confirmed that Admiral A4 and B4 motors have the highest torque and speed with the most efficient operational amperage of any motor in the industry. Further product development efforts in subsequent years resulted in the additions of chargers and starter/generators to the Admiral brand portfolio.

Boyce and Clough, previously from Mid-Atlantic Equipment, knew that customer service was as important as quality products. The company worked hard to develop the inside sales, product support, warehouse, technology and administrative departments into efficient and responsive teams that add value to the dealer-supplier relationship. Then they upped the ante further by focusing on the process itself — the way the parts were offered, sold, assembled and shipped to their customers. The Doing It Better motto inspired a culture of introspection and continuous improvement across every functional area in the company. A particular point of pride for Red Hawk management is the human element that underpins their entire business model. “We don’t source and sell products in a vacuum,” says owner Gillet Boyce. “We have a committed and talented team, whom our customers like and respect. We answer the phone quickly. We stand behind what we sell. It sounds like a simple formula, but you have to have the right people in place. They differentiate us as much as our products do.”

While COVID-19 has put a temporary hold on most of the social aspects of the Red Hawk culture, it is a company that believes that happy employees are good for business. “Hawks,” the company shorthand for its employees, enjoy holiday parties, an annual picnic, anniversary recognition, and the beloved monthly “Cake Days”, all of which foster a strong sense of togetherness. Director of Purchasing Rhonda Cadorette, for one, is looking forward to the lifting of social distancing restrictions. “We miss the relationships that we’ve made,” she explains. “And cake makes everybody happy.”

Over two decades, growth has pushed Red Hawk well past the confines of its Maryland headquarters. A 2012 expansion of the facility to 55,000 square feet proved inadequate within months, so the company quickly hatched plans for Red Hawk in Jacksonville, Florida, which opened its doors in 2016. Two years later, an additional warehouse was added in Dallas, Texas, and last year, Indianapolis became Red Hawk’s fourth location. This regional distribution network has significantly increased the company’s ability to fulfill orders quickly and accurately.

As the market expands and golf car owners become more discriminating, Red Hawk continues to abide by its Doing It Better motto. The RHOX and Admiral lines have been welcome additions to the product landscape, now enjoying brand recognition and generating demand beyond wholesale customers to end users. Looking forward and imagining new possibilities has fueled Red Hawk’s success in its first twenty years. While competitors are flirting with other segments in the industry, Red Hawk remains steadfastly committed to being the very best supplier of golf car parts. Period. There is plenty of excitement right here in this industry. Red Hawk will see to it.

For information on how to become a Red Hawk dealer, please visit www.golfcart.com. 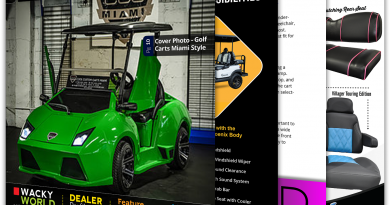 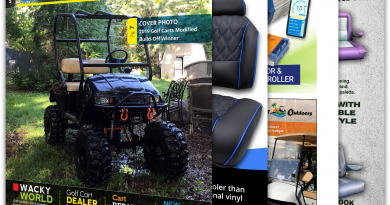 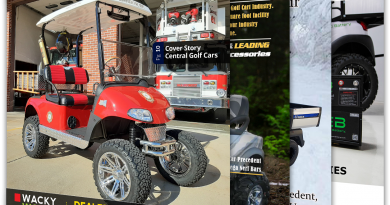