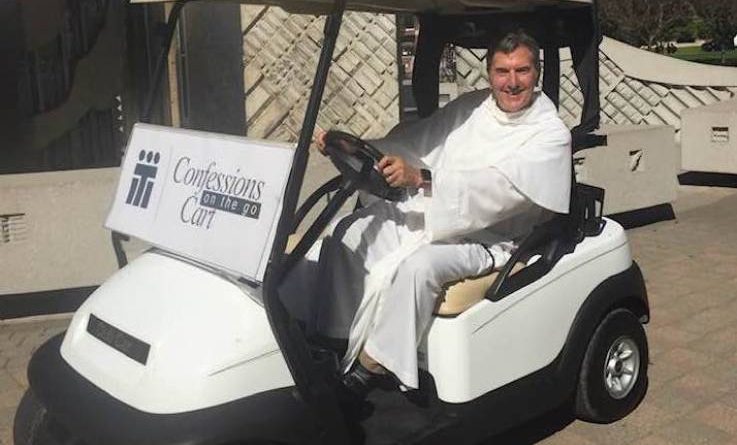 A Catholic priest in Indiana is offering putting a new spin on confession—he’s offering it on the back of a golf cart.

Father Patrick Baikauskas is director of Campus Ministry at St. Thomas Aquinas Catholic Church on the campus of Purdue University in West Lafayette, Indiana. To better reach the faithful, he’s launched what he calls a “confession to-go cart.”
Confession is a sacrament allowing Catholics to admit to their sins and receive absolution.
“If this is a really important sacrament let’s show it,” Baikauskas told WLFI News 18. “Let’s get out where the people are, where the students are [and] take this golf cart out and do confessions on the go.”
He added that while it was important to honor Catholic traditions, “we don’t want to be traditionalists.”
“We don’t want to be so stayed and so off-putting that we get stuck in the traditions without recognizing how we can bring them to people in a new way,” he said.
“I thought it was pretty funny when I first saw it, but I think it’s kind of cool that it’s there and it’s spreading the message,” said Purdue freshman Liv James.
David Evans, a member of St. Thomas Aquinas who says he goes to confession weekly, admitted doing it out in the open was a bit unusual—”It’s certainly deafening, he told News 18. “It’s a bit terrifying.”
But ultimately, he said, it’s just another way to perform an important duty as a Christian. “The point of confession is to receive mercy, to look at yourself and say this is where I screwed up but this is how I do better.”
For now, Baikauskas plans to be a regular presence on Purdue’s campus, driving his “confession to-go” cart every day and stopping for anyone who flags him down. He’ll perform a traditional face-to-face confession and give them penance (typically a prayer to recite) before sending them on their way.
He believes the Pope would approve of his unusual approach.
“Pope Francis said we’re supposed to smell like the sheep,” Baikauskas said. “Smelling like the sheep means you’re not going to stay in that church and wait for all the people to come to us. Pope Francis wants us to go out to the people and experience them right where they are.”
More importantly, he believes the Pope’s boss would approve, too.
“I think Jesus Christ would be thrilled to see us doing something like this.” 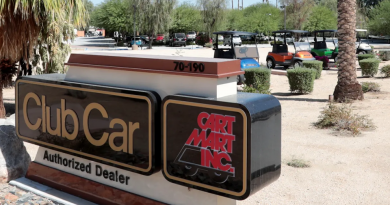 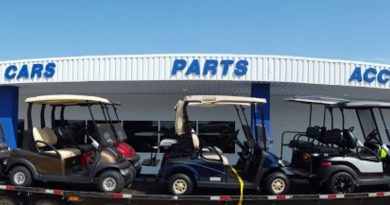 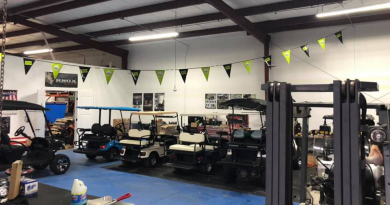