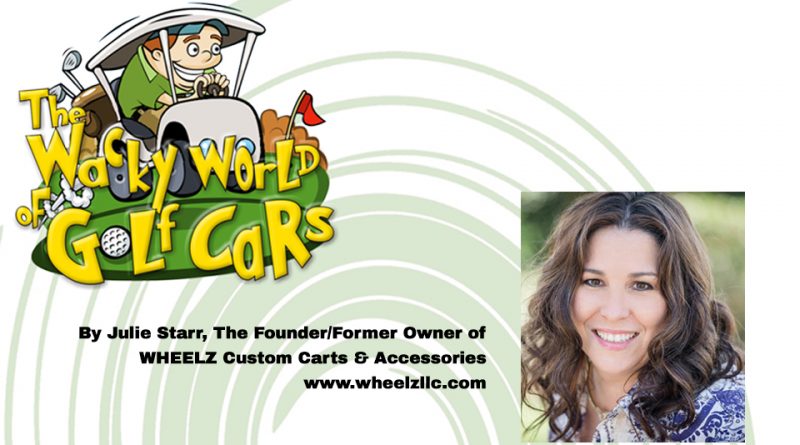 As the international golf car industry continues to climb to the $1.6 billion mark, it has occurred to me that the majority of golf cars are no longer used for golfing. Sure, you see golf cars on every golf green in the US, but golf courses around the globe typically offer fewer motorized golf cars and golfers are seen walking the course. A recent New York Times article suggests that Americans are foregoing the golf car more and more now, too. Golfers can be seen walking from hole to hole, some carrying their golf bags and some using a push cart, at a record-high number. It is estimated that walking a course, rather than driving a golf car, burns an additional 700 calories. Experts in the golfing industry predict that the uptick in golfers choosing to walk the course is here to stay. Which begs the question…

Should Golf Cars be Renamed?

Of course, golf cars were originally designed and manufactured for golfing, but times change. Golf cars have so many other fantastic uses and have been adopted by businesses, families, hunters, farmers, off-road explorers, and so many others as a convenient method of transportation. Golfing accessories, such as club washers and bag racks are optional. Rear seat kits can be spotted on nearly every golf car to make transporting simple. Golfing is only one small percentage of golf car usage. Maybe it is time to change the name of golf cars, or at least coin some different category segment names.

What Should We Call Golf Cars?

There is already a segment of the golf car population referred to as the Low Speed Vehicle (LSV). This name was assigned as part of the initiative to allow golf cars to legally travel on roads while adhering to safety standards. If your golf car is street legal, it is now an LSV.

What about golf cars that are actually all terrain vehicles? Are they now called ATVs? That would make sense. There are also hundreds of thousands of golf cars cruising around neighborhoods and campgrounds as a form of transportation and socializing. Should these be called neighborhood vehicles (NVs)? Should golf cars that are used at airports or car dealerships be called commercial electric vehicles (CEVs)? And what about gas golf cars. They aren’t even permitted on most golf courses. Let’s be honest, most golf cars that we see will never touch a tire to a golf course and yet they are saddled with the name “golf car.”

The original designers of the golf car could never have guessed that their invention would grow to have so many uses. At the end of the day, I am happy to be part of this creative community.

About the Author: The Founder/Former Owner of WHEELZ Custom Carts & Accessories, Julie Starr, was one of the industry’s first online retailers of golf car products. The eCommerce store, www.WHEELZLLC.com, has served golf car owners since 2008 and remains a popular online shopping experience for golf car owners who want to take their golf cars to the next level.

Golf Car DUI- It is a Growing Problem

Connecting with Other Golf Car Enthusiasts is Only A Click Away