Unprecedented changes are impacting the golf car industry in the PTV/LSV segment.  They are coming from the direction of both the demand and supply sides.  What are they, and what do they mean for us as consumers, and for dealer networks across the country?  Further, what characterizes companies that are causing the changes and taking advantage of them—and what are the implications for those companies that do not move fast enough?

While these are all rather weighty strategic issues, here is a synoptic overview of the situation:

Supply chain issues have hit many industries and traditional golf car manufacturers are not an exception.  This has led to significant backlogs in deliveries to dealers that has persisted for over a year.

Normally, an increase in demand would be welcome, and to an extent this has been the case with mark ups and retail prices showing dramatic increases.  It has been a mixed blessing in this case, at least for the historically dominant producers, Club Car, E-Z-GO, and Yamaha.  The widening gap between demand and supply, as well as higher profit margins at the dealer level, has incentivized an economics textbook response, as …

Flowing into the above described market conditions, have been a multiplicity of new market entrants, challenging the historical dominance of the Big Three.  The manufacturing-distribution model used by most of these new entrants is an interesting one and has enabled the new entrants to insert themselves into, and effectively address, the demand-supply gap noted above. 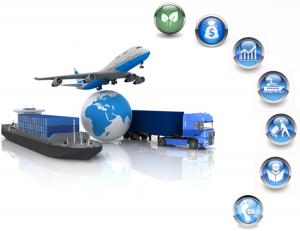 New entrants in the market, including PilotCar, Advanced EV, and ICON (and several others could be mentioned) appear to have adopted a model which is quite effective in bypassing some of the major supply chain issues.  (It should be noted that not necessarily all the new entrants have adopted the new model described below, although a significant number of them have.)

In a nutshell, the new model consists of nearly finished PTV/LSV subassemblies put together mainly in China and shipped to factory locations in the United States for final assembly and delivery to dealers.  ICON, for example, has now four factory locations—Tampa, Dallas, Phoenix, and Charlotte—all located in prime geographic markets for golf cars.

It appears that the subassembly operations out of China have been effective in getting around supply chain issues which involve sourcing a multiplicity of different parts from various locations abroad (again, mainly China).  This would make sense in that Chinese subassembly operations would be sourcing their parts from within the country, thus avoiding, from the perspective of U.S. manufacturers, the complexity of multiple sources.

The fact that the final assembly operations are located close to prime customer areas obviously reduces distribution costs and would be an additional boon to dealers with consumer demand on the increase.  Clearly, if it benefits dealers, their customer base will also benefit.

The new model has precedent in other industries

From a broader perspective, this model, which is new to the golf car industry, has  been used historically in other industries.  One which comes to mind is the meatpacking industry.  Prior to the emergence of the Iowa Bee behemoth (subsequently acquired by Tyson), partially processed carcasses were shipped to meat departments in grocery stores and supermarkets.  At this point butchers cut up the carcasses and put the different cuts into packages or in the display counter.  Iowa Beef simplified the process by integrating the slaughtering and packaging operations.

Big difference in industries and product, but Isn’t this the same model as we are now seeing in the golf car industry?  Parallel situations could be described in both global and local delivery systems with companies such as UPS, FedEx, and Amazon streamlining logistical services.

Dealers are the key to further market development and competitive positioning

All this being said about streamlining the upstream logistical and manufacturing process, dealers remain a clear and necessary component of market development.  Dealers are closest to the end product purchaser and have their sales finger on the pulse of local market developments and opportunities.  Even if individual consumers can order directly from the factory, with specific requests for types of accessories, body color, battery type, and other drive train features, it is the dealer who will be servicing the vehicle in the months and years to come.

Dealers will also be stocking their showroom for walk-in customers, who want to do the walk-around and get information on a face-to-face basis.  In addition, dealers will be installing certain features on new vehicles, which may be sourced from third-party companies.  Dealers will remain an essential linkage to the final customer.

Another implication of these changes brought on by new entrants are the dealer relationships with the Big Three, which have historically been their main suppliers, keeping them in business.

Dealer dependence on the Big Three likely to diminish

One of the consequences of new entrants in the golf car market is that dealers, once quite dependent on the Big Three for finished product supply and parts, will now have new options, as they can go to the new kids on the block as alternative suppliers.

It should be noted that whether the new entrants continue to thrive and grow will depend a lot on the longer term experience we as customers have with  their vehicles.  They certainly look nice, as anyone attending this year’s PGA show will testify (not all were represented), but what about servicing, maintenance, and upgrading?  That will depend on the dealers who carry their vehicles.

Dealers, aside from mark-up and profits, have a number of considerations, which will determine their attention and loyalty to a particular brand (and note many dealers, perhaps most, carry multiple brands).  These would include such concerns as their cost to stock the vehicle (i.e., the manufacturer’s price to them), ability to get parts, technical support from the factory, and warranty coverage.

The Big Three have an established track record in this regard, so dealers have a ready benchmark to gauge the performance of the new entrants

So, as the competitive game of a free market move forward, stay tuned for updates!

Although manufacturers face a comp

What Happened to Hybrid Drives

Inside The Gated Community