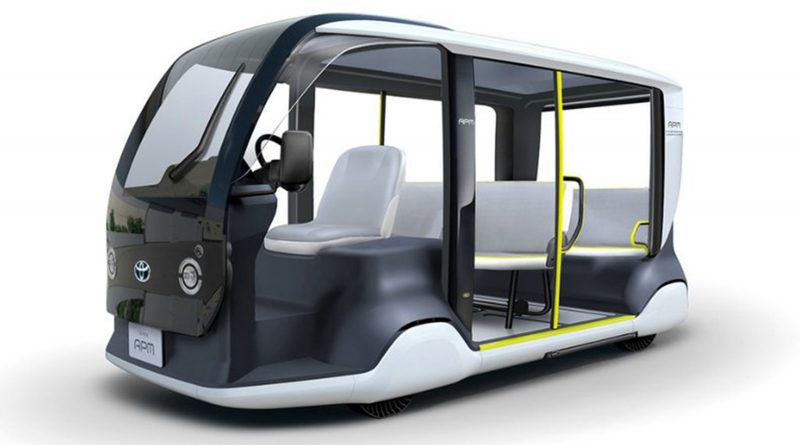 Golf Car Manufacturer News Golf Car News
July 18, 2019March 17, 2020 admin 0 Comments
Toyota has spent three years studying ground vehicles at the past two Olympics so it could improve transport at the 2020 Tokyo games.
Now, a year before the opening ceremony, it has unveiled its bold ambition: Build a better golf cart.
Toyota’s first dedicated Olympic vehicle, shown to reporters here on Thursday, will be a van-sized, open-air, three-row full-electric people mover that can seat five passengers and one driver.
Toyota dubs it the APM, short for Accessible People Mover.
The automaker said it plans to build 200 of the runabouts to shuttle staff, athletes and special needs visitors at the Olympics and Paralympics when Tokyo plays host to global athletic competitions next summer.
The APM lacked the pizzazz of many of the future mobility concepts long speculated about by Japanese media. First and foremost, has been the idea of a flying car to light the Olympic flame.
Toyota itself said last year that some of its funkiest concept vehicles will come to life as real, road-running models during the games. They will include, Toyota promised, an operating version of the Concept-i, an egg-shaped electric vehicle that senses a person’s emotions using artificial intelligence. Also, on tap: a working e-Palette, a boxcar-like self-driving urban people mover.
Toyota is taking a special interest in the games because it is a top Olympics sponsor and the official “mobility partner” of the Olympics and Paralympics Games.
Toyota has said it plans to use the Tokyo games to showcase new mobility technology, saying a key priority is providing mobility for all people, especially those who cannot drive themselves.
To be sure, the APM is just the first of several vehicles expected to debut before the games convene. It is arguably also more practical than the other flights of fancy some envision.
The APM is positioned as a “last-mile” vehicle that still needs a human driver to navigate the hustle and bustle of crowded stadiums and other Olympic venues. That leaves open the possibility of other, more automated, systems to convey people longer distances, over set routes.
The APM has a range of 100 kilometers (62 miles) and a top speed of 19 km/h (12 mph).
The vehicle is also versatile. Seats can be reconfigured to accommodate a stretcher for injured people or wheelchairs.
A ramp slides out from the bottom, letting wheelchairs roll onboard.
“Our concept is based on the idea of mobility for all,” said Akihiro Yanaka, group manager of Toyota’s ZEV Factory, a newly created unit for developing zero-emissions vehicles.
Yanaka said the APM was created with extensive feedback from user groups and Olympic organizers. Toyota engineers also studied the plethora of golf cart-like vehicles used at the 2016 Summer Olympics in Rio de Janeiro and last year’s winter games in PyeongChang, South Korea.
“This is unprecedented development,” Yanaka said, noting that Toyota fiddled with countless pilot projects and mockups before settling on the final design.
A couple of tweaks allow the APM to be easily modified from an all-in-one runabout, to a medical vehicle or shuttle for the handicapped. Separate vehicles are not needed.
The APM seats more people that a golf cart. And it has a flat floor and seats designed for easy entry and exit.
“We don’t want to transport people around like luggage,” Yanaka said. “We want them to be safe, comfortable and have peace of mind.” 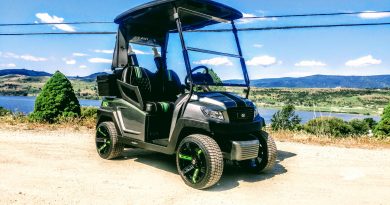 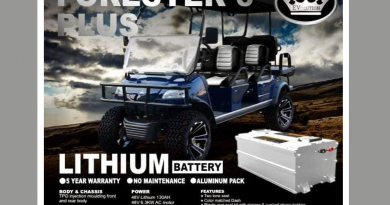 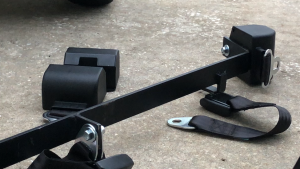