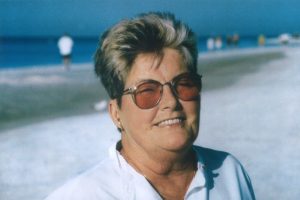 It is with great sorrow that I have to tell you of the passing of my mother, Marilyn Stenten, at her home on July 31, 2021. Marilyn was a true pioneer in the golf cart industry.  I would like to share with you a few of the products she brought to the market.

Marilyn introduced the first black cooler to the industry.  She actually took a blue six-pack cooler, spray painted it black, and asked what we thought.  It looked awful but she thought it should be black because it would go with any color, and it would match the black features on the golf cart.  She then convinced Igloo to run black coolers, which wasn’t one of their color options at the time.  I do not remember how many she had to commit to, but she was always a gambler and this one worked out for her.

Marilyn also introduced the first golf cart light kit. At the time you could buy factory or aftermarket headlights and taillights, but you would need to run your own wiring.  She had her dear friend and employee, Jim Rasmussen, make the different wire harnesses for all the different golf cart makes.  They took them to a local wire company, Pacer Marine, just down the street from our office to mass-produce. I remember going on the road with her to show this new light kit to the dealers.  Dealers’ initial responses were a lot of “we do our own wiring here” or “we’re not going to pay that much for that light kit”.  Well…this ended up being another gamble that paid off for her.

Marilyn also brought to the market the first fold-down windshield.  Prior to this, the industry was using a two-piece windshield.  The way this worked was the two pieces of the windshield had Velcro attached to the edges and would adhere to the windshield frame. The top could be removed and attached to the lower piece, which many times would fall off and get run over.  Marilyn thought it would be much easier if you could just fold it down.  She came across a clear plastic hinge at one of the vacuum formers we were working with at the time.  She took one with her and after some research and development, she had a hinged fold-down windshield.  She always loved to tell this story about a phone call she got one day from someone at the Bay Hill club.  The person wanted to know where they could get another one of these fold-down windshields because Mrs. Palmer was always taking Mr. Palmer’s cart (he had the hinged windshield)! It wasn’t until later that she realized that it was Arnold Palmer.

These are a few of the many innovations Marilyn brought to this industry. She loved the business that she started from nothing, and all the dealers she got to know and be friends with over the past 35 years.  One of her keystone philosophies was Keep It Simple. She inspired this with everything she did from bringing great ideas to market, closing sales, and even staffing the company she built.  She hired like-minded individuals who shared her vision and treated them like family.  I know she will be missed by many of you out there, and I will miss her terribly. 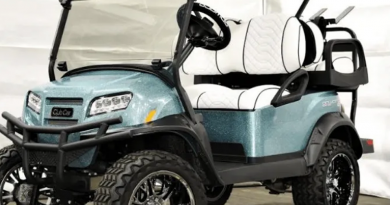 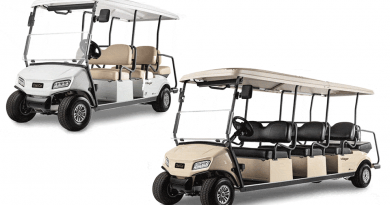 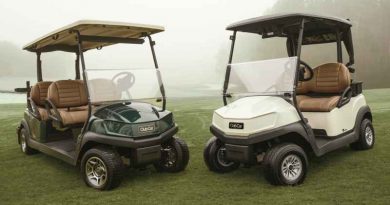